A new form of digital advertising is set to emerge over the next few years. ECHO technology will be able to produce skyscraper-sized messages which are only visible to an individual viewer’s eyes. While only seen for a moment, the projection will be seen as a thing of wonder compelling the viewer to take time to engage with the medium and the message.

Lightvert, the company currently developing the system, explains that ECHO is not a billboard, “It is a wholly new display medium for the ‘digital out of home’ advertising industry, an industry which has not seen disruption since the invention of the LED screen,” says Daniel Siden, CEO of Lightvert. “ECHO is a game changer.”

How does it work?

ECHO combines a narrow strip of reflective material fixed to the side of a building with a high-speed light scanner that projects light off the reflector and towards an intended viewer. Images appear for approximately 1/10th to 1/4 of a second before vanishing, the name comes from the resulting effect that can be described as a ‘visual echo’. Daniel Siden  explains, “ECHO imagery is generated using only a single vertical line of light and as such the image does not exist in reality but only in the viewer’s eye. It is the natural left-right movement of the eye that produces the full size image, it’s subtle, but very effective.” The projection can also be photographed.

“Traditional billboards and large scale LED screens in built-up environments are expensive and it is increasingly challenging to leverage new real estate in crowded urban spaces such as New York’s Times Square and London’s Piccadilly Circus,” says Daniel. “ECHO provides a new way for brands to rise above the noise of street level advertising and engage with audiences on an unprecedented scale. The display measures only 200 millimetres wide – but it can be up to 200m tall. This means that ECHO can unlock vast amounts of high-value advertising real estate, which is totally unavailable to traditional media, typically for half the price of the usual large-format, digital billboards.”

ECHO works best with iconic content and short words, symbols or images. The system can display moving images but only one frame at a time at present. Because of this, Lightvert do not expect ECHO to replace conventional LED billboards. After consulting numerous advertising and media agencies, Lightvert expect ECHO will complement existing billboards while driving new revenue into the industry.

Is there any direct competition?

Like many startups the answer is yes and no. Lightvert are the only ones developing this technology and applying it to this market so they don’t have any direct competitors. As a media owner, they will be in competition with the likes of JCDecaux and Clear Channel. Of course, advertising money can go anywhere and ECHO will ultimately be competing against everything from TV adverts to Facebook.

Can projecting light at people on the street be considered safe? Lightvert say the system is designed specifically for pedestrians and will not affect motorists, cyclists or aircraft. “The laser projector can be dangerous,” notes Lightvert, “but as it’s mounted at such a height it poses no threat to the general public.”  They claim that that ECHO cannot be used for subliminal messaging and are also working with the Epilepsy Foundation to ensure that it doesn’t trigger seizures.

To date Lightvert have built several proof-of-concept systems and are now raising seed funding, through Crowdcube, to build the first commercial unit. Over the last year they’ve privately demonstrated their prototypes to various advertising and media agencies. As for making money, Lightvert will own and operate a portfolio of ECHO units across Europe, North America, the Middle East and North Africa and license the technology into other regional markets. The company plans to produce the first commercial units within the next 12 months.

What is the future for this technology?

Daniel Siden believes we will soon be seeing the implementation of machine vision and recognition software, “This will personalise outdoor content in a way that seems incredible to us today. Following that, it will be augmented reality – which is all about projecting digital content over the real world.

“It really is a very dynamic industry. Lightvert is in a unique position to really leverage this future, as ECHO provides a powerful gateway for a richer outdoor media experience. The future of outdoor really will be something special. Some people are worried that it will be distracting and dystopian – but I invite them to experience ECHO for themselves. I’m sure they’ll agree that it’s exciting and fun.”

It sounds to me like an inspiring marriage between technology and graphic communication with an obvious application for advertising. We’re still some way off from screen-free, holographic projections – like the shark that leaps out and ‘attacks’ Marty McFly outside a cinema in Back To The Future II – but ECHO has the potential to moves things on significantly from standard video and laser projections. It will also be a perfect medium for some of Michon’s clients, especially those in the communications and energy industries.

There’s a worry that, in years to come, an over abundance of active light projection use could become invasive if there isn’t sufficient regulatory control. For instance, imagine looking across the awe inspiring, nighttime skylines of New York or Paris only to have logos and graphics constantly popping out at you.

Used intelligently, light projections can add vibrancy to urban environments. And that’s when any form of advertising becomes truly engaging and not just another media form that needs to be avoided once we’ve become used to it. As society has become more savvy, through being selective with or blocking out outdoor advertising, the likes of ECHO will certainly be attention grabbing at the outset yet the technology will need to develop fast to stop it from becoming gimmicky and stale. And as long as it’s used in the right places.

At Michon, we really understand the importance of creating meaningful brand experiences that deliver results. So whatever story you have to tell and whichever media channel you choose to do it through, we can develop engaging and targeted creative that works. If you want help implementing new innovative technologies like Lightvert in your media campaigns, contact us at info@michoncreative.co.uk 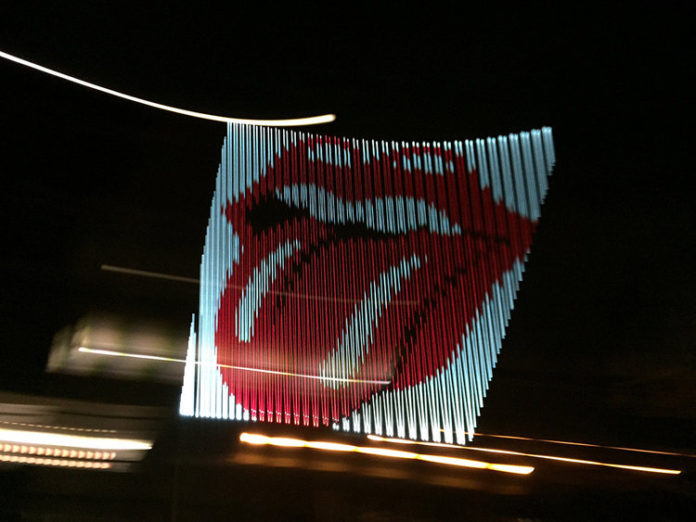 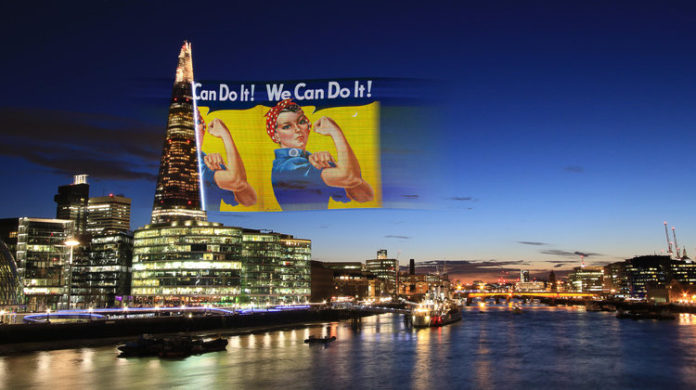