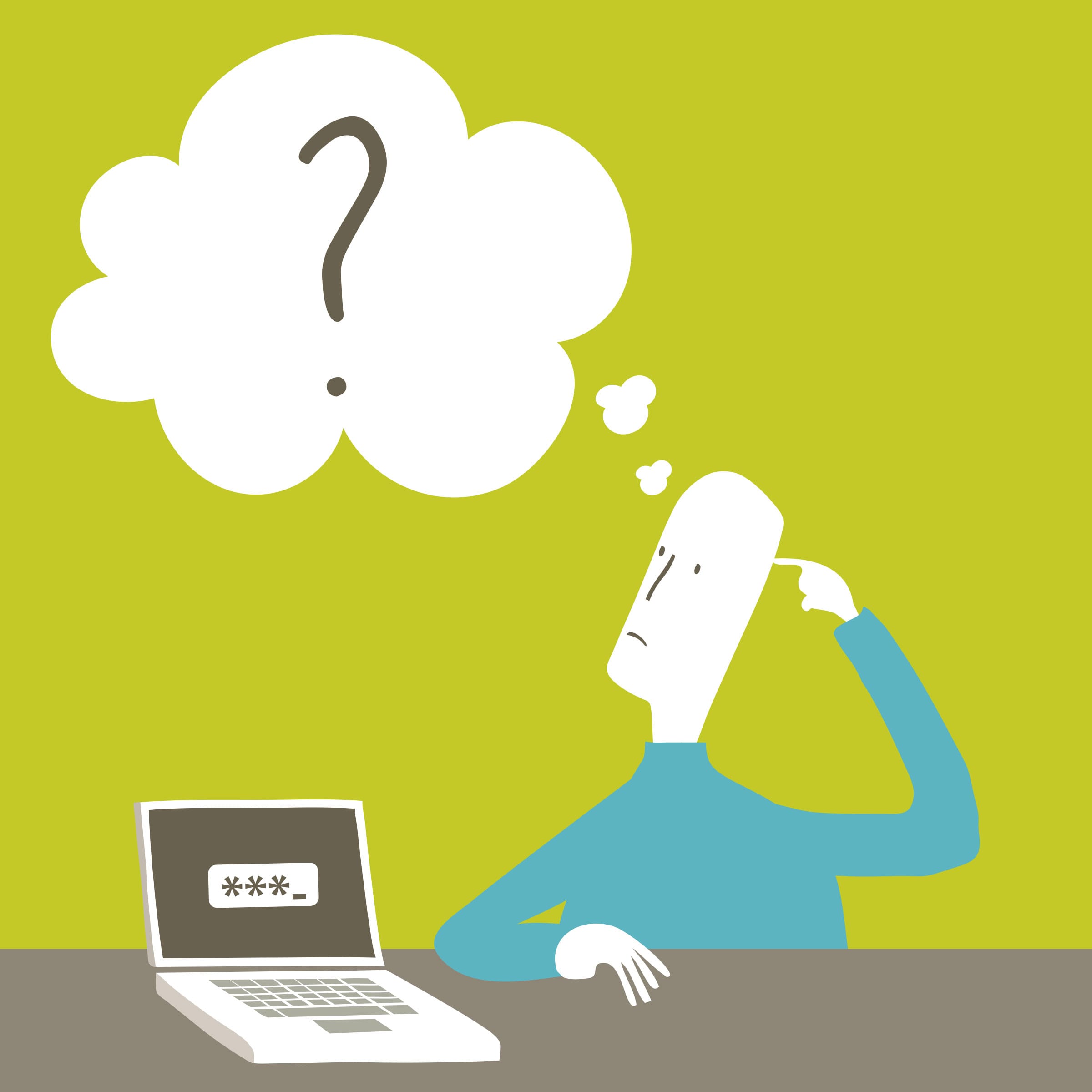 The basic rules of thumb when choosing a password

It’s not just someone sitting there manually trying different words to discover your password, hackers use computer programs to do the work for them. Computers can make many more guesses per second than a human can, in fact a standard desktop PC could crack the password ‘letmein’ in under 1 minute. Here’s a couple of examples of types of cyber attacks:

Attempts to crack your password by trying every word and combinations of words in a predefined list such as a dictionary (any/all languages) or maybe, every word in a dictionary plus the most used passwords (see SplashData list above). Dictionary attacks can also try all words in the list using numbers and characters replacing letters, for example ‘p45Sw0rd’ is no safer than ‘password’.

Will try to guess your password by trying every possible combination of letters, numbers and symbols. However brute force attacks can be much more advanced than simply trying every combination, they can also make assumptions about your password to cut down on the combinations/time required—for example passwords are now usually required to contain at least letters and numbers, so maybe the brute force attack doesn’t bother trying guesses made of just letters.

There are many more methods employed by hackers to get into your accounts, these two are by no means the end of the story, they are just the ones that best illustrate how simple password are easily hacked.

I use a method described by Bruce Schneier as a starting point for my passwords, it works like this:

NB: I wouldn’t recommend putting a password you are really going to use into a password testing/scoring site.

You could then append or prepend this with a site specific password created using the same method. ‘I like using Facebook’ becomes, ‘1luF’. Maybe I decide that social media accounts always append and use a symbol to join them, say an ampersand. now I have a unique password for Facebook like so: mhbwd+U2Basr&1luF.

By doing this I find I can make memorable, unique and secure passwords for all of my accounts.

Never give out your password. If someone phones you from a company whose services you use, they should never, ever ask you for your password—if they do they are not legit.